The Project, which will be carried out by a consortium of 7 partners, aims to mitigate erosion prevention and favour the restoration of burnt FOREST areas through innovative fungal-technosol solution (mycotehnosols).

The project is motivated by the serious incidence of fires in the forest areas of Galicia and Portugal, as well as the need to find a solution to reduce the impact of erosive phenomena, both in burned areas and in water bodies next, favouring the rapid recovery of the affected areas.

The LIFE REFOREST project will consist of an exhaustive analysis of the damage caused by fires and the development of an innovative solution based on the use of mycotechnosols that allows an early recovery of them. This solution will be implemented in two forest areas in the South of Galicia and the Centre of Portugal and will be validated during a period of two years.

During this 1st meeting all REFOREST partners reviewed the actions that constitute the Project and planned next steps to be performed during next months.

LIFE REFOREST is a project co-funded by the European Union under the LIFE Programme | Grant Agreement N0. LIFE17 ENV/ES/000248.

Any communication or publication related to the project, made by the beneficiaries jointly or individually in any form and using any means, shall indicate that it reflects only the author's view and that the Agency/Commission is not responsible for any use that may be made of the information it contains. 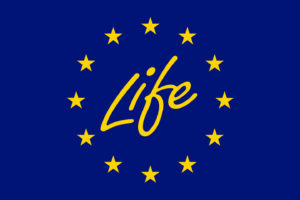 LIFE REFOREST is a European Project co-funded by the European Union under the LIFE Programme Grant Agreement nº. LIFE17 ENV/ES/000248.